Social media is now ubiquitous; usage of blogs, social networks, and video sharing sites is increasing rapidly. Millions of people now look to social media sites as their primary source of news, opinion, and entertainment. What’s more is that social media adoption continues to increase tremendously. “Blogging” as a behavior currently under the scrutiny of many different types of social scientists has become widespread and continues to grow. For example, three in four US online adults now use social tools to connect with each other compared with just 56% in 2007 (Forrester, 2008).

Most surprisingly, older adults are now also more likely to participate. According to comScore, more than 50% of Facebook’s users in the U.S. are over 35 years old. In fact, the single biggest age demographic in the U.S. on Facebook is now between 35 and 44; moreover, Facebook’s fastest growing demographic is actually 55+ years old.

Over the past few years, more and more of the general population has embraced the social networking phenomenon described at a cursory level above. Interestingly, according to a 2009 study by Florida State University Center for Hispanic Marketing Communication, adoption appears to be occurring at a sharper rate among minorities who report visiting social networking sites more frequently than non-Hispanic whites. 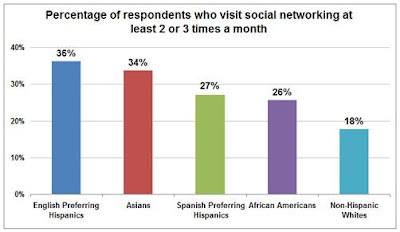 Social media marketing has reacted to this trend showing its own growth on a similar trajectory. Research indicates that spending on social media and conversational marketing will outpace that of traditional marketing by 2012, according to a study conducted by TWI Surveys, Inc. on behalf of the Society for New Communications Research. Forrester, too, echoes this claim in its own research findings in a recent study. 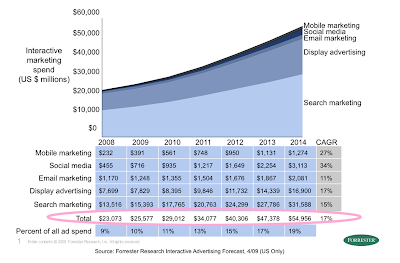 But, is social media, as a phenomenon, just a fad? Will household words like Facebook, MySpace, and Twitter fade over time, or in just a few years? Indeed, will “blogging” behavior one day cease to exist, thus proving that, along with the Palm Pilot, while once all the rage, can virtually disappear with the advent of breakthrough technology advancements such as the Blackberry or the iPhone?

Well, as with all things in the future, no one knows for sure. But this is what we know right now:

Therefore, it doesn’t really matter whether Facebook, LinkedIn, and other highly recognizable blog sites remain in the general public’s eye over time. What is important, if not critical to the market research profession, is that we create ways to leverage this new mode of communication by adapting or blending traditional methods of collecting opinion data with blogging behavior and the technology that supports it. In the face of the social media phenomenon, we as experts at soliciting people’s attitudes and opinions, must recognize that blogspace may represent a new venue by which we can collect our most insightful data. Furthermore, not only are there efficiencies that can be garnered by the use of online media for research purposes, but that some studies may be better achieved through this platform relative to traditional modes of operation.

Bottomline, the online medium excels at a number of things that in-person methods struggle with due to the limitations of resources of time and money and obtrusiveness to participants. The confluence of broad band connectivity, social software, rich media and wireless devices has given us access to human experiences on a scale and with a reach that is simply mind boggling. Online is really strong at sustaining interaction, seeing longitudinal behaviors, and therefore capturing experiences as close as possible to the time that they happen. And in reality, the things we are most interested in learning about our customers happen when we are not there - during the course of everyday life.

In the next installment of this newsletter, some ideas on how to leverage blogging for market research purposes will be provided. Feel free to let us know what you think and offer any ideas and experiences of your own.
Posted by Accelerant Research at 11:57 AM