With the 2015 NFL regular season about to kick off, Accelerant Research asked members of its national consumer research panel to predict the winner of this season’s Super Bowl.  More Americans (12%) believe the Green Bay Packers will win the Super Bowl than any other team.  The Packers are followed by the New England Patriots (10%), Pittsburgh Steelers (9%), Seattle Seahawks (8%), and Dallas Cowboys (7%) as the most likely Super Bowl champion predictions.

Sadly, we are likely to be clouded by our hometown loyalties when it comes to predicting a Super Bowl winner.  Nearly one in three Americans (29%) predicts that their home team will win it all this season, suggesting that, come February, there will be no shortage of disappointed fan bases. 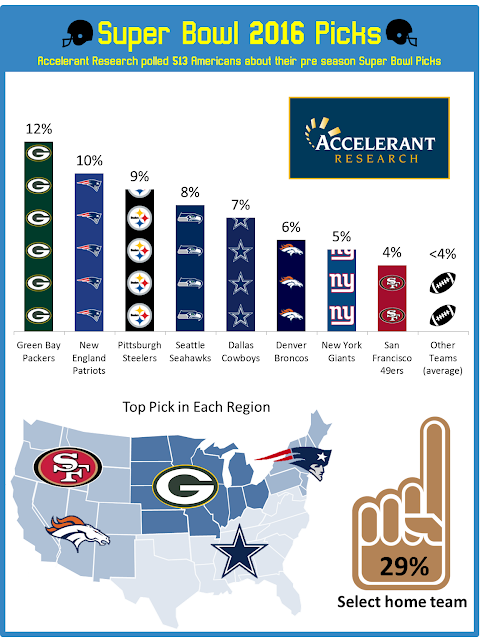