Actual execution by many of Super Bowl 50’s most anticipated advertisers fell well short of consumer expectations, according to a recent survey conducted by Accelerant Research.  When surveyed the week prior to Super Bowl 50, 46% of Americans planning to watch the game expected to be highly entertained by Budweiser advertising; however, after the game, only 29% of viewers found that to be the case.  Other big brands that fell short this year were Amazon, (17 percentage point decline from pre to post Super Bowl), Coca-Cola (17 point drop), Bud Light (13 point drop), and Snickers (11 point drop). Among the advertisers with the highest expectations, Doritos, was the only brand to meet pregame expectations. 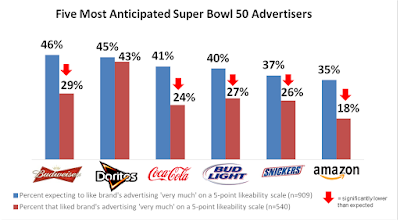 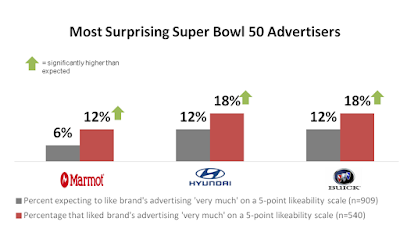 Beyond the individual advertisers, after the game, consumers were less enthusiastic about Super Bowl 50’s advertising, in general.  Prior to the game, 28% of consumers reported that they expected the commercials to be their favorite part of this year’s game, while only 19% did so after the game. 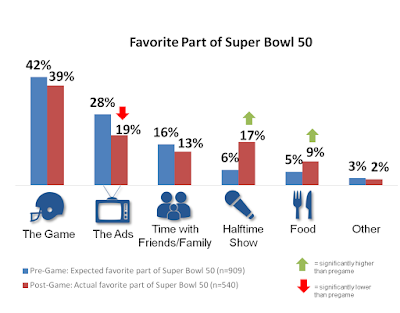