CHARLOTTE, NC January 30, 2015 – According to a survey by Accelerant Research, 60% of American consumers who are planning to watch the Super Bowl this weekend are expecting to be highly entertained by Doritos advertising, more than any other brand purchasing ad time during this year’s game.  Other advertisers creating high expectations are Super Bowl veterans Coca-Cola (52%), Budweiser (48%), Snickers (45%), and Pepsi (41%).  Conversely, the brands with the lowest expectations are primarily first-time Super Bowl advertisers, including Mophie (4%), Squarespace (5%), Loctite (6%), Wix.com (7%), and Esurance (9%). 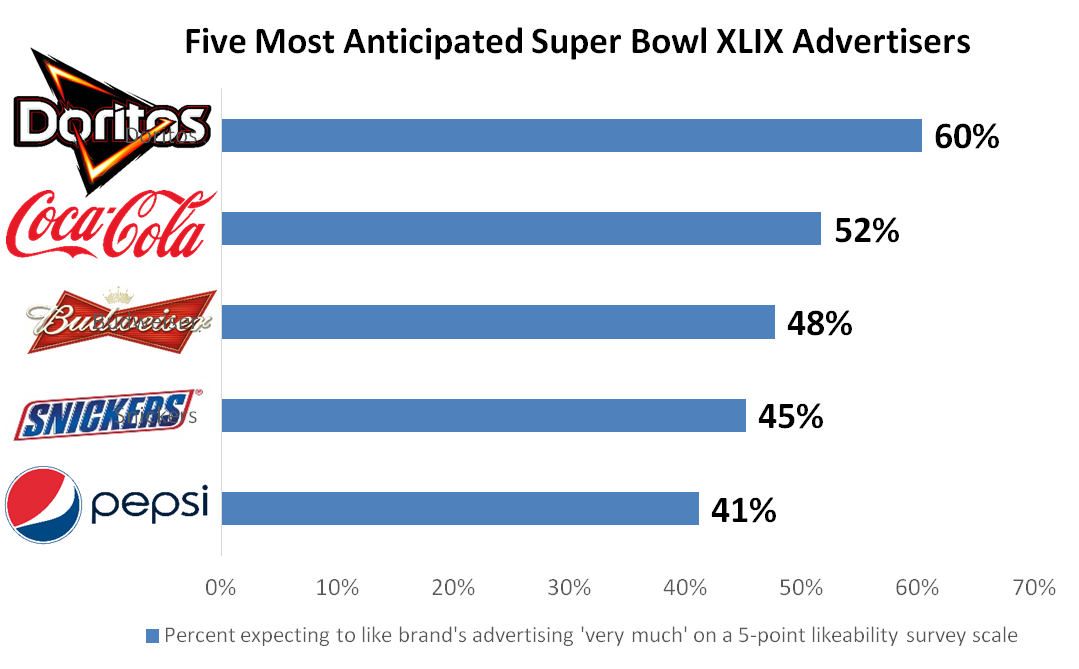 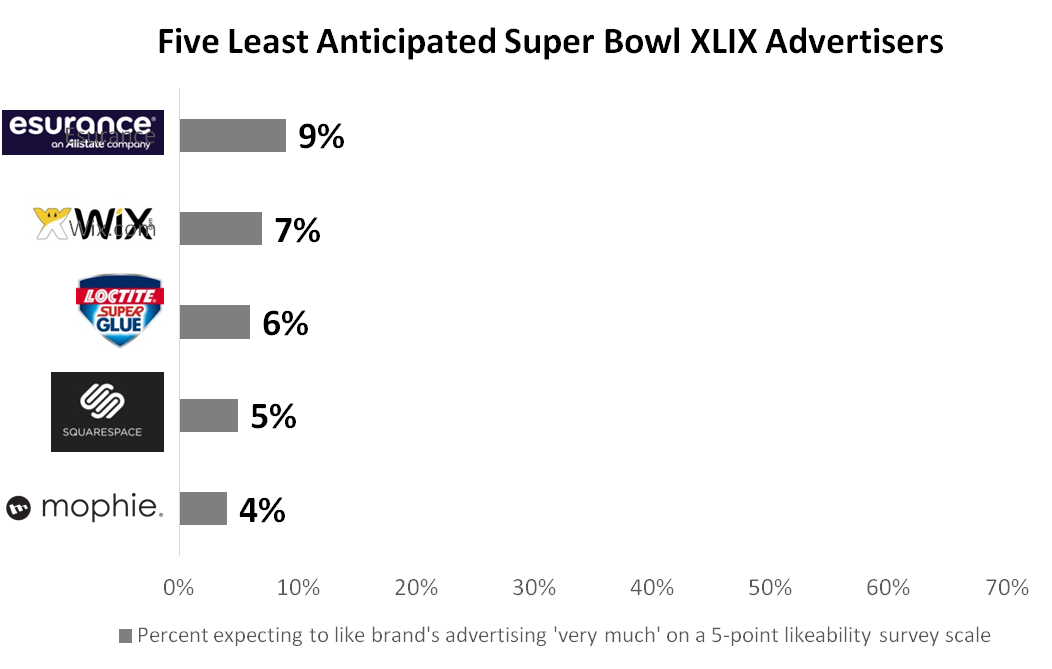 Accelerant's study also reveals that five out of seven Americans (71%) are planning to watch the game this year, and the vast majority of those who do not plan to watch cite a general disinterest in football as their primary reason why. Consumers 18-30 years old (57%), those with annual household incomes under $50,000 (63%), and women (65%) are less likely to report that they will be watching the game. 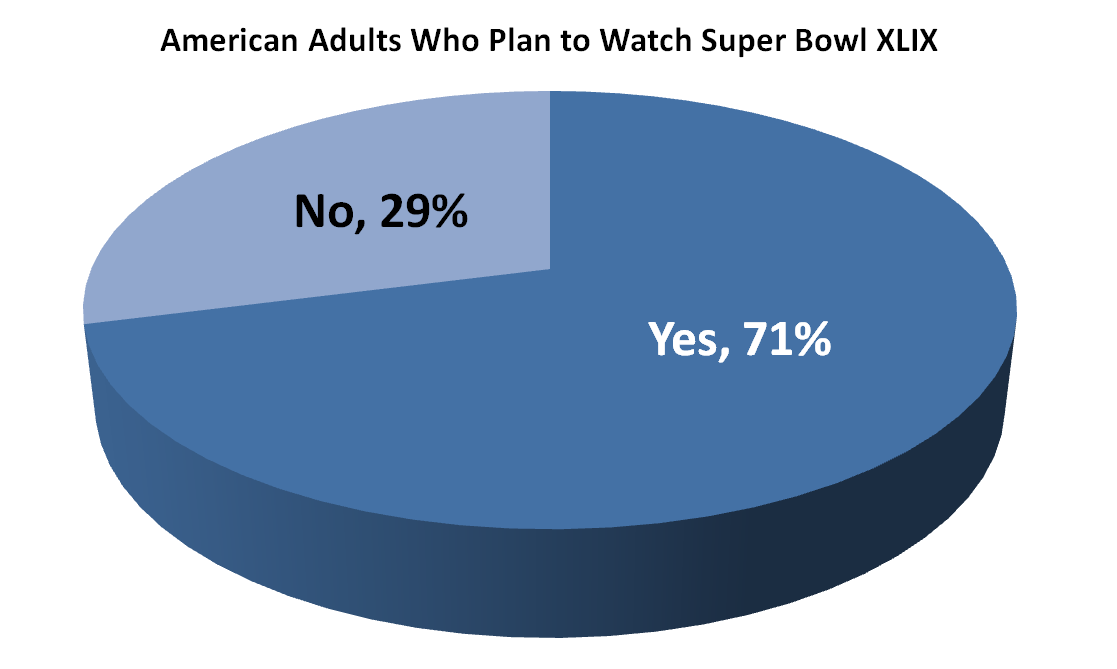 The Seattle Seahawks are by far the fan favorite for Super Bowl XLIX.  Nearly half (48%) of those planning to watch are ‘pulling for’ Seattle to win Sunday’s game, while 30% are pulling for the New England Patriots and 22% have no preference. 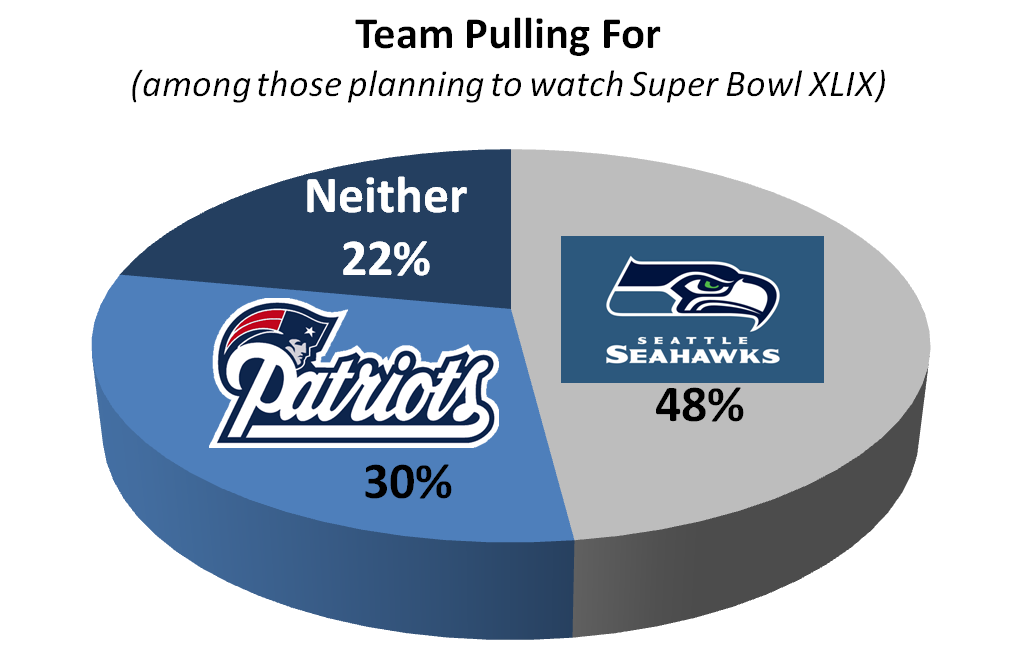 Accelerant Research will also be conducting a Post Super Bowl survey on Monday to find out which brands lived up to and surpassed pre-game expectations and which advertisers were the biggest disappointments.  Be on the lookout for those results early next week.  The Pre Super Bowl survey was conducted online during the week prior to Super Bowl XLIX among a demographically representative sample of 452 Americans 18 years of age or older.