CHARLOTTE, NC February 4, 2015 – Actual execution by many of this year’s most anticipated Super Bowl advertisers fell far short of consumer expectations, with Doritos proving to be the biggest disappointment, according to a study by Accelerant Research.  When surveyed in the week prior to Super Bowl XLIX, 60% of those planning to watch the Super Bowl expected to be highly entertained by Doritos advertising during the game; however after the game, only 36% of viewers found that to be the case.  Other big brands who fell short this year were Coca-Cola (52% pre Super Bowl, 29% post), Snickers (45% pre Super Bowl, 33% post), Bud Light (41% pre Super Bowl, 31% post), and Pepsi (41% pre Super Bowl, 27% post).
Among the advertisers with the highest pregame expectations, only Budweiser, with its homerun ‘Lost Dog’ spot, was able to score equally strong afterward (48% for both pre and post). 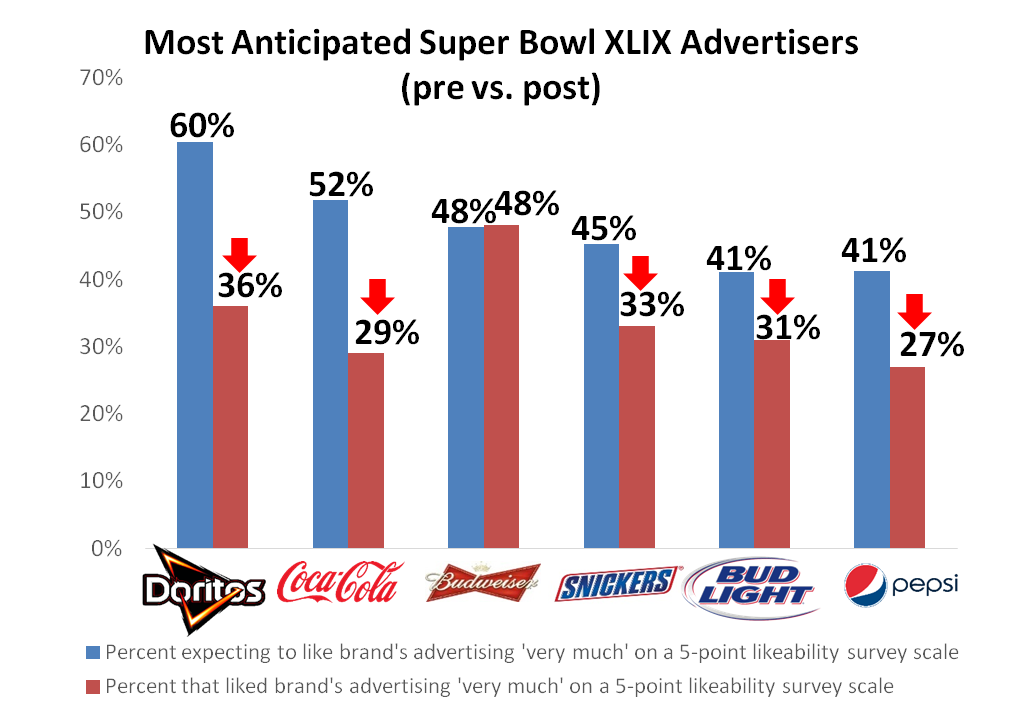 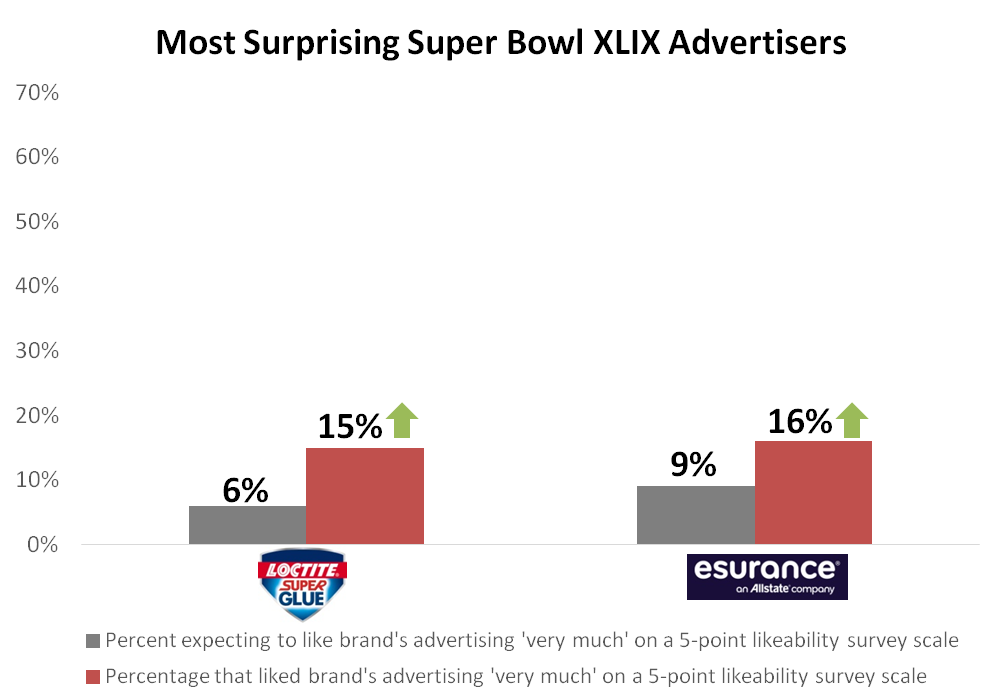 For more information about this study, please contact Accelerant Research at info@accelerantresearch.com.