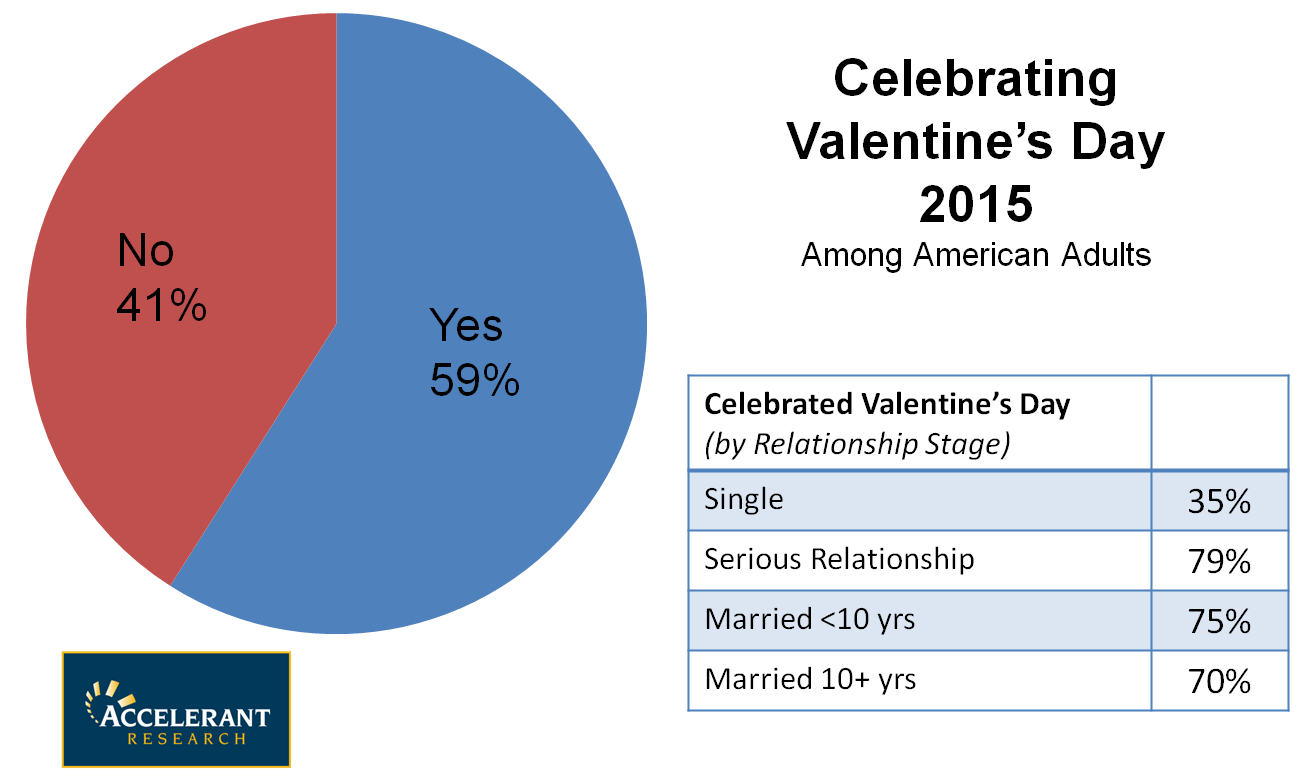 In spite of having much more spending power (household income at least $12,000 higher than other relationship stages), those who have been married ten years or more spent less on celebrating Valentine’s Day ($21 less, on average than those married less than ten years).  However, lower spending among mature married couples does not equate to disappointment, as Valentine’s Day satisfaction rates are equal across all couples.  More than two-thirds of exclusive couples report being very satisfied with their Valentine’s Day gift/celebration, which is consistent across relationship stages. 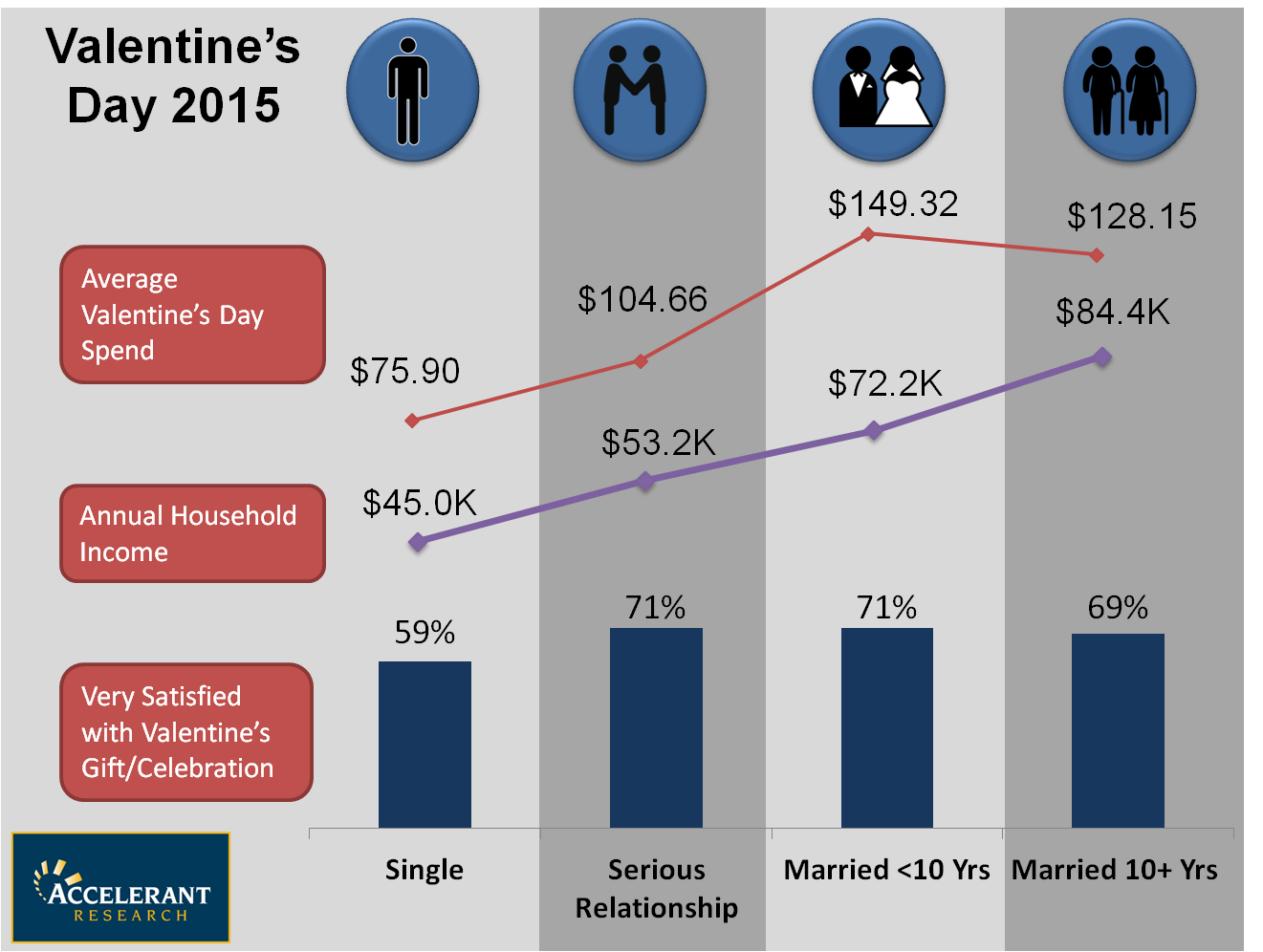 The survey also found that more than one in three dollars spent on Valentine’s Day was for Dinner (35%), followed by Jewelry (18%), Clothing (8%), Flowers (8%), and Candy (5%).  Largely, share of Valentine’s Day wallet is consistent across relationship stages; however, consumers who are unmarried but in a Serious Relationship spent a substantially larger proportion on Jewelry than those in other relationship stages (30% versus 18% for all consumers). 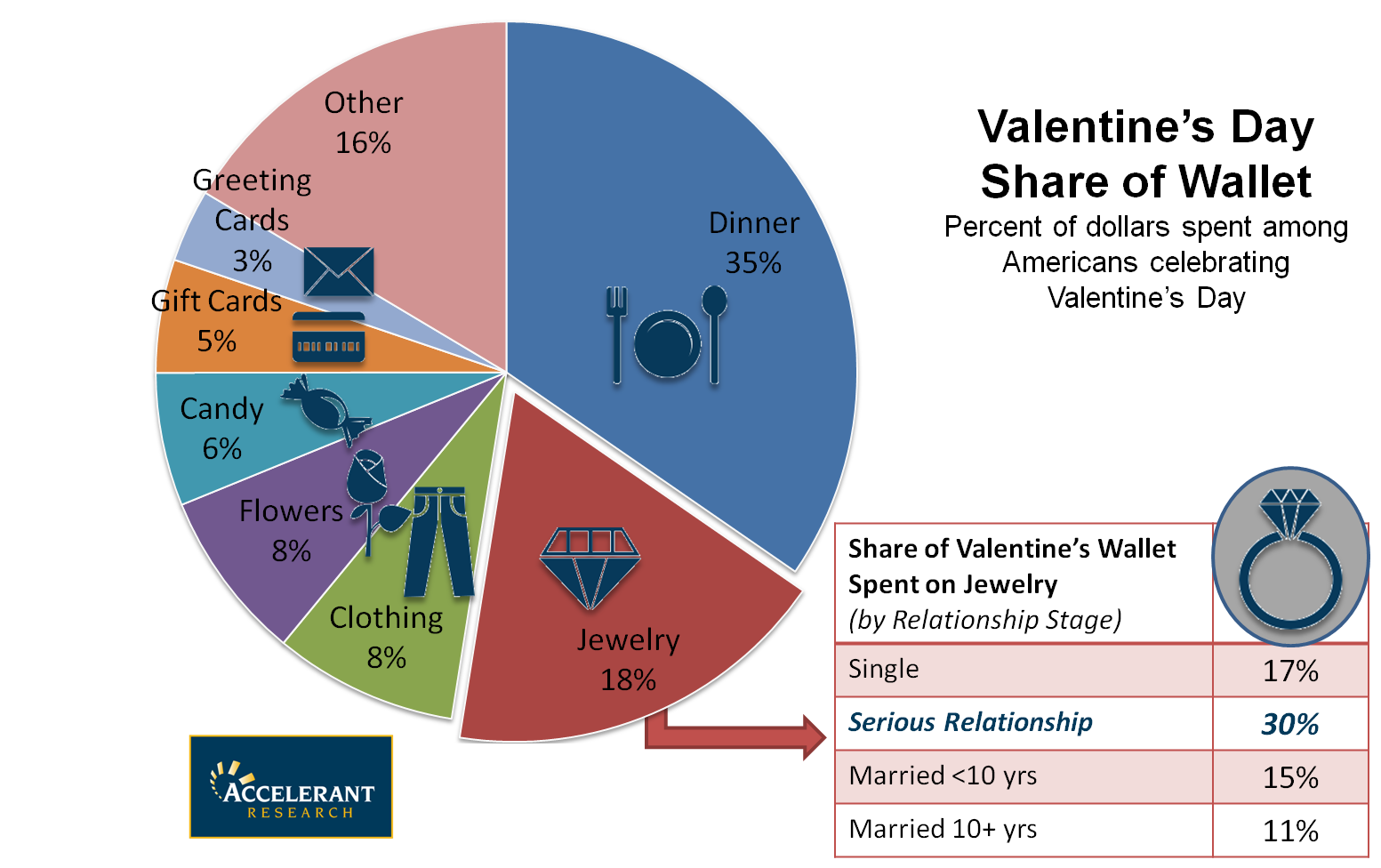 Customers, like spouses, behave differently and – in many cases – display vastly different drivers of satisfaction depending on their relationship stage.  It is important for marketers to understand where customers and prospects fall in the relationship spectrum and communicate to them accordingly.  Accelerant Research helps marketers identify the drivers of acquisition and satisfaction at each customer relationship stage in order to better meet their needs and accelerate their evolution into more mature, higher loyalty stages. 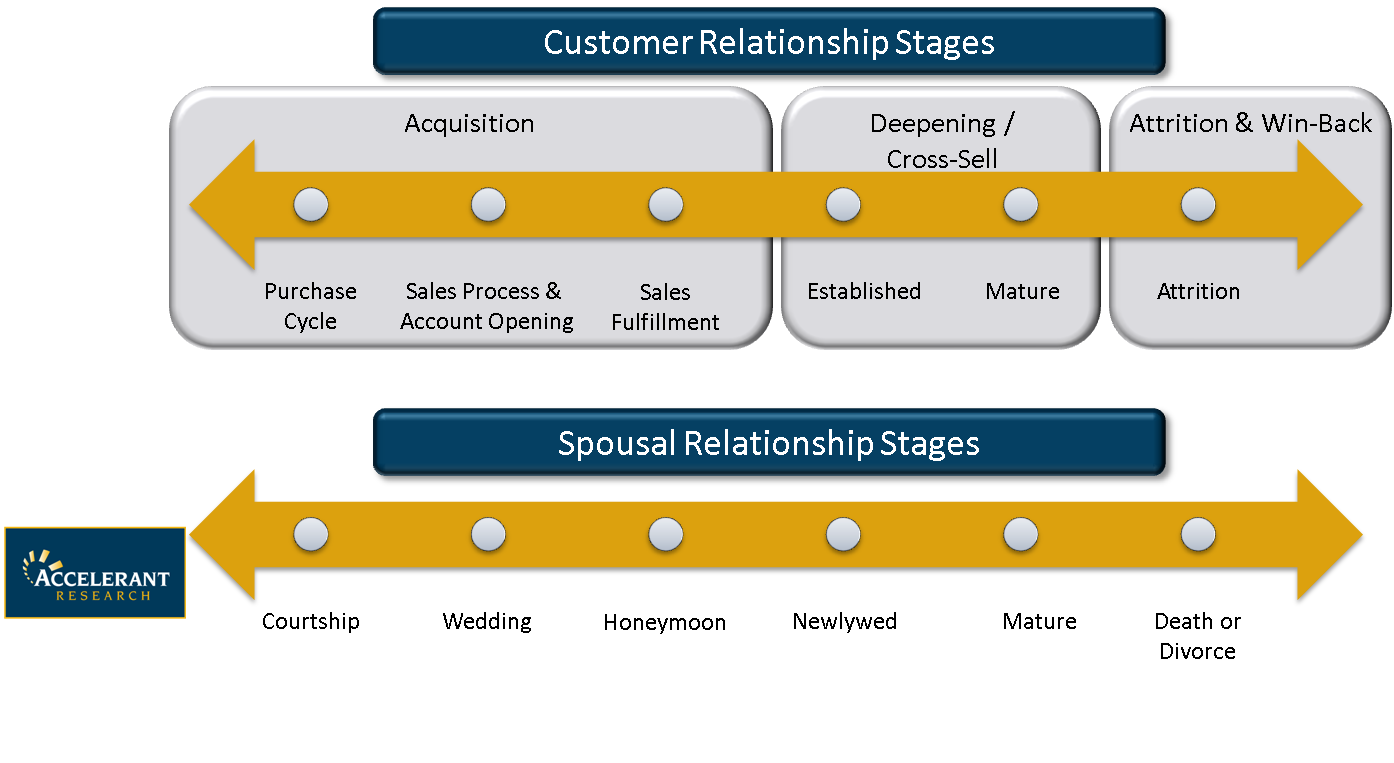 Accelerant Research conducted the Valentine’s Day survey online among a demographically representative sample of 1,146 Americans 18 years of age or older.  For more information about this study, please contact Accelerant Research at info@accelerantresearch.com.